Watching flames come very close to his business led an Oliver winery owner to make some fire-proofing changes to the facility.

And while he was at it, Walter Gehringer also decided to go green.

The upgrades have been completed just in time to mark Gehringer Brothers Estate Winery’s 30th anniversary, and it’s holding an open house to show off the changes.

Although the winery didn’t suffer any damage from the blaze, seeing how close the Testalinden Creek wildfire got to it in the summer of 2014 motivated Gehringer to make some urgent changes.

“We had cedar shakes on our winery as decorative and functional [and] they’re very combustible… so we’ve gone to metal clad roofing,” Gehringer said.

The owner of the Summerland-based company that installs the panels said this is one of the largest solar projects at a winery in the valley.

And the panels themselves are also unique; they have bifacial solar technology. That means each one absorbs sunlight on both sides of the panel- as opposed to just one- to produce power.

Huber said the increasing popularity of the solar panel business in the valley has even taken him by surprise. 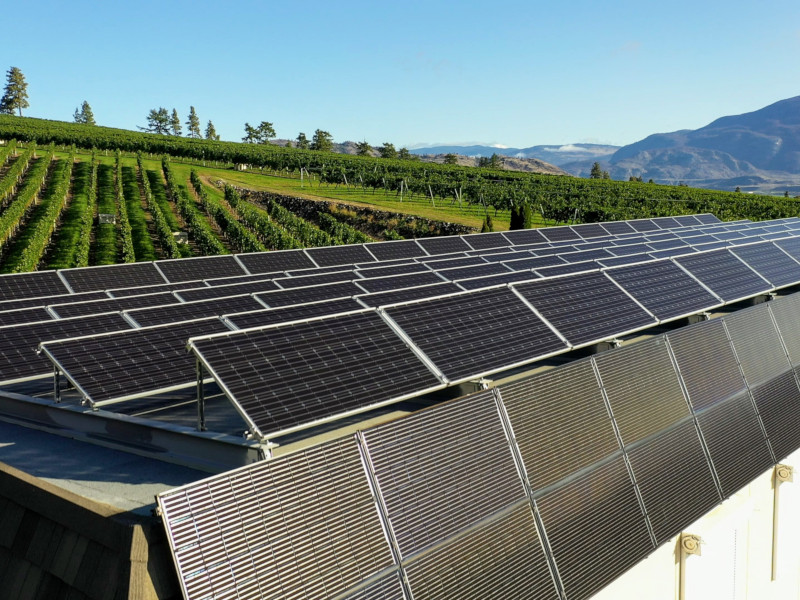